When we were staying in Frensham (during the Year of the Extension) Mirinda found what she calls the Countryside Walk. Apart from the fact that it roams through some beautiful scenery it holds the dubious honour of never being dry. Still, muddy dogs is a small price to pay. 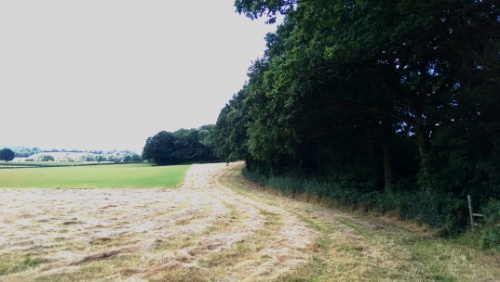 I was going to make lemon and lavender posset today but, given the very long walk mentioned above, I ran out of time. I was also very tired after watching the opening ceremony from Rio.

Still, posset aside (which I’ll make tomorrow) it was a lovely day. Mirinda spent a lot of it working on her DBA while I watched a bit of Olympic hockey (GB men lost 4-1 to Belgium in a group stage game).

But the highlight of the day was definitely the Countryside Walk which ends at the Holly Bush pub. It’s like the dangling carrot urging you on. Or like the promise of money for your compliance on unpleasant things…like fracking. 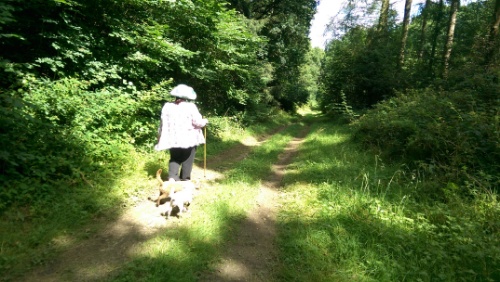 Having reached the Holly Bush we decided it would be rude not to have lunch so I had a delicious bacon hash with peppers and a fried egg while Mirinda had Turkish eggs with hung yoghurt…whatever that is. It was a perfect day for sitting outside under the shelter. So lovely that I decided to have a Bob’s Special TEA.

Then, disaster struck. Last November mum insisted that I buy a tea bag squeezer, which I promptly did. At first I thought I’d never use it once she went home but, it turns out that I prefer it to using my fingers. Then, suddenly today, this happened:

I’m clearly going to have to buy another one.