The floor guys turned up just after 7:30 this morning. On the other hand, poor Mirinda had to leave at 6:40. She had an early meeting in London.

While everyone else got to work, I headed into the garden where today’s unexpected event occurred. A bird pooped on my head.

Normally I wear a hat in the garden at all times. This is generally to keep the sun and my hair out of my eyes. For reasons known only to the god of bird poo, today I ventured out without one.

I was standing, in the open, looking at something garden-ish when I felt something hit my head. Being inherently stupid, my first reaction was to put my hand on my head. All I felt was a disgusting mess.

I didn’t see the bird but judging from the scalp coverage it attained, I’d suggest it was either very big or had diarrhea…possibly both. Regardless of size, it was obviously a good shot.

I know the Chinese regard it as good luck but all I could think about was giving my hand and head a damn fine scrubbing.

Unexpected dropping aside, I spent most of the day in the garden. I planted this year’s sweet peas in the Crazy Bed, the biddens in the Hot Border and removed almost all the dandelion harvest in Carmen’s Sweet Escape.

I also found a small but annoying outbreak of my garden nemesis – bind weed! It had started to wind around the new honeysuckle climber on the arch from Carmen’s Sweet Escape to the grass. I put an end to its insidious ways.

Of course, we went for our usual walk in the park where we met a dog that looked the spitting image of Freya. Quite bizarre given the other dog was a Jack Russell poodle cross. 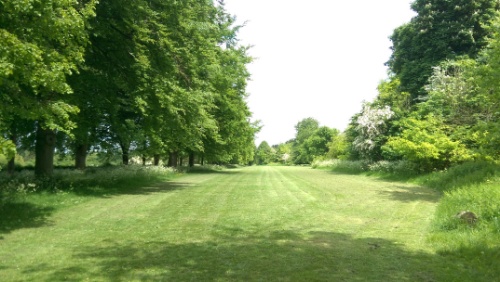 By the end of the day, the floor was down and the only thing left for tomorrow was the skirting board. 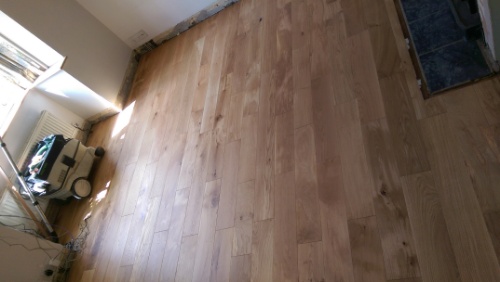 There was a problem with the threshold but, hopefully this can be fixed before Mirinda comes home.