Little did this pair of innocent faces know what was in store for them.

When I left them at the kennel, Emma really didn’t like me leaving her . Her tail went down and a deep sadness was in her eyes. The woman almost had to drag her away. Freya forgot me almost immediately.

That was first thing in the morning. The rest of the day was spent working (Mirinda) and organising for our holiday (me). And things were going very smoothly. Then… almost a catastrophe.

Back at the beginning of April we hired a convertible for our trip to the Dordogne. As far as we were concerned, it was all done, dusted and paid for. Enterprise Car Hire assured me it was all fine and we didn’t have to reconfirm or anything like that. I’d booked it through Expedia (because they were the only ones offering a convertible) rather than Europcar who we’ve never had a problem with but who don’t have a convertible.

Then I get a phone call this afternoon. Actually it went to voice mail and the message was pretty bad. It was also virtually impossible to understand. I did catch the words ‘Expedia’ and ‘car’ and knew, suddenly, that our holiday was in danger of ruination before it had even started. I checked my email and there was a rather badly formatted message from someone called Alam Basha saying the convertible didn’t exist.

Here’s the email. (I viewed and copied it from my laptop because Expedia has yet to hear of smartphones.)

Thanks for being with Expedia.

This email is with regards to the car reservation and the itinerary number : 71720xxxxxxxx

We will be able to assist you with booking these cars with other suppliers. I did try calling you and reached voicemail. I would kindly request you to contact us immediately and we will assist you in getting this sorted.

I apologize for the inconvenience caused in this matter.

What I want to know is what kind of system error occurs when someone advertises something they don’t have? How can that be a system error rather than something decidedly dodgy? Rather than a convenient ‘system error’ I reckon this is a way of getting customers who can’t be bothered going elsewhere when the original hire company doesn’t actually have the cars in their fleet. I mean, how can they do that? And, more importantly, how come a respected company like Expedia have them on their system if they’re playing fast and loose with non-existent stock?

The other thing about this email is the complete absence of a phone number to call Alam back on. So, not only was I well pissed off to start with but then I had to get even angrier while I searched for a phone number then went through the indignity of explaining everything to someone else. (Mirinda said she’d trained me well in the art of giving customer service people short shrift.) And before anyone suggests that I could have just called back the number he called me on…I tried that first but received the annoying message that it wasn’t a phone number that received calls. Really? How can there be such things? Here was me thinking phones were for communicating in both directions.

Anyway, everything turned out okay because I simply went back to Europcar and hired a Fiat 500 instead. It’s not a convertible (and that’s sad) but at least I know the car will be there tomorrow when we arrive.

Disaster beautifully averted, our taxi turned up and whisked us away to the ferry terminal for our trip across the channel.

There were two treats awaiting us. Firstly, my first Liverot for a year… 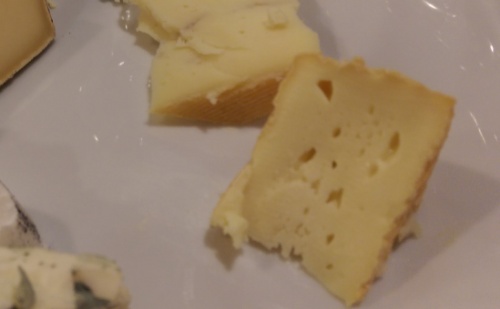 …and secondly the sight of man with his head in a granny Smith apple. 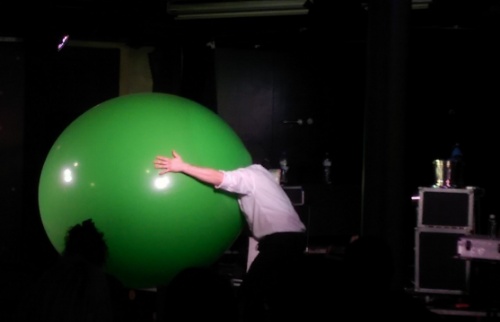 It was a delightful way to end International Dance Day and to begin of our French holiday for 2016. 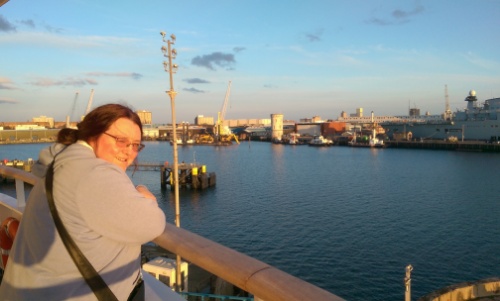 This entry was posted in Dordogne 2016, Gary's Posts. Bookmark the permalink.