After more than 80 years and with debts of over £1,000,000, British Home Stores have gone into administration. There’s also a pensions shortfall in excess of £500,000,000. It’s very grim news for the 11,000 employees and the end of another British institution.

After the announcement today, reporters were talking to people out shopping. They were all sad that BHS was going the way of Woolies and Lyon’s Tea Shops but all admitted ťhey never shopped there. The consensus appeared to be that they were just too old fashioned. They may have had their finger on the pulse of fashion at some stage but the body attached to it had long since shuffled off.

While BHS are setting sail for the oblivion of history, there’s a new shop in Farnham. It’s in Downing street and is in place of a dress shop. Fortunately it hasn’t been empty for long. 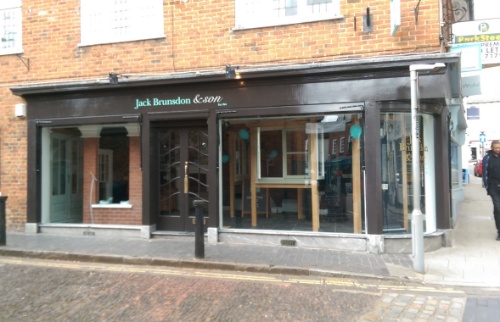 In other news… the puppies had a hair cut today. They’d been booked in with Kate for Saturday just gone but she’d had a pregnancy scare in the night and had to rush off to the hospital. So we rescheduled for this morning. And so at 9:30 I headed up and across the park.

Mirinda was working from home this morning so I continued on from Kate’s into town to buy some lunch.

We both walked back up to collect them – I thought Mirinda needed a break from work – after lunch then, a little while later, I walked her up to the station. 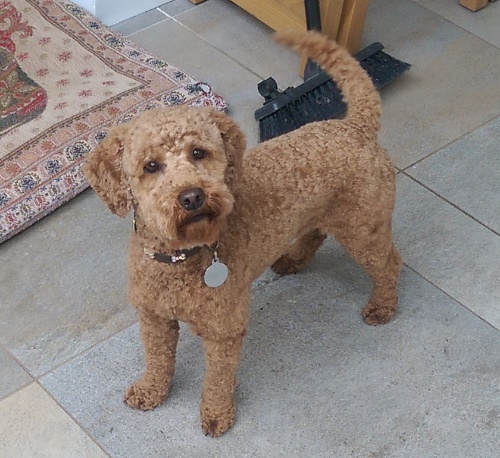 Emma is usually very accommodating when I want to take her photo. I managed the one above in one go. Freya however is a different kettle… 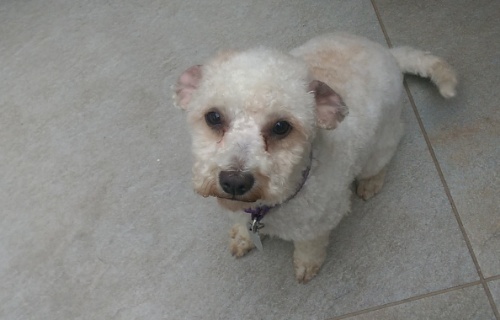 That’s the best I could do.

BTW Kate’s scare was a false alarm and everything is fine after all and both mother and foetus are doing well.

3 Responses to Sad day for BHS