1952 was Leonardo da Vinci’s 500th birthday. Rather than make a cake, a bunch of people from Milan decided to build a load of models based on the Master’s drawings.

Many people believe Leonardo was the first to propose a lot of the machines he drew but he was but one among many during the Renaissance. What did set him apart from his contemporaries was the brilliance of his drawings. While not particularly drawn to scale, he did include measurements and human figures which has made the models possible.

Presently, at the Science Museum there is an exhibition called Leonardo da Vinci The Mechanics of Genius which is composed largely of a lot of the models. Today, at lunchtime, I popped down to see it. 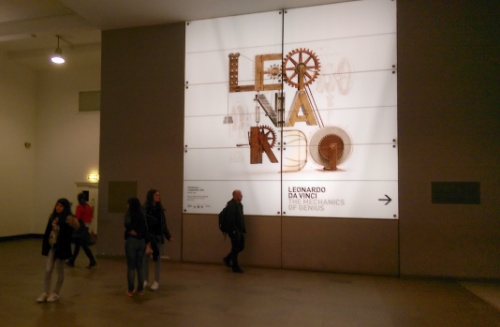 There are some amazing things, like the self propelled cart, the helicopter and, my personal favourite, the eight man tank.

I loved the irony of Leonardo drawing plans for both attack and defence. For instance…alongside a model of his ship hull destroyer was this diving suit, designed in order to allow sailors to fix holes in the hulls of ships caused by hull destroyers. 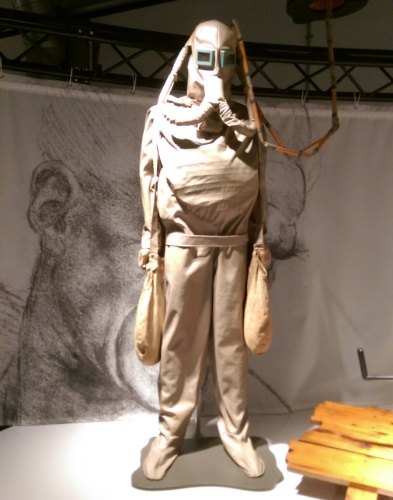 The whole thing reminded me of our trip to the Loire when we visited Amboise and Clos Lucé, the chateau where Leonardo died. In fact, some of the models may have come from there…who knows?

There’s a nice little Youtube video here though it does seem to owe more than a little to the wonderful opening credits for Game of Thrones.

For a comparison, here’s the Season 1 credits for Game of Thrones…

Note that the Leonardo video may vanish after the exhibition closes in September. If it does, I’ll have reword this entry.

I thought the whole exhibition was excellent and thoroughly enjoyable. I reckon Bob should pop in while he’s over here in July.