She was only 62 and one of the funniest people in the world. Cancer took her away. She’ll be missed.

I heard about her death as soon as the BBC announced it. That’s the thing with smartphones connected to news services – you hear bad news as soon as it happens. You also hear good things. Like the latest silliness from Donald Duck…I meant Trump. So it’s a trade off I guess.

But enough of that…it was a glorious day in Farnham today. In fact the weather person on the Today programme this morning said there was very little to report but blue sky and warmth. And he was right. 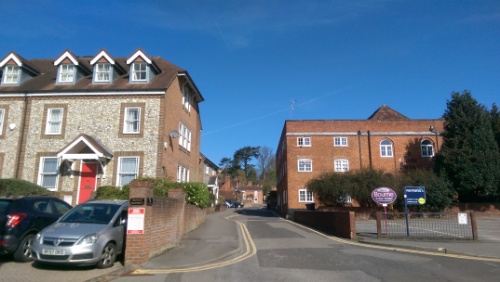 And I was very good today. I didn’t go to Waitrose. Instead I visited all independent shops. Baker, butcher, deli and office supplies. I felt very virtuous. 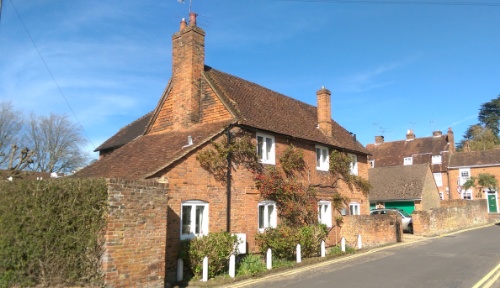 Back at home, I finished the Higgledy Piggledy Palisade (photo tomorrow) and washed half the terrace with my new toy.

The thing is, given its not the height of summer, if I was to clean the entire terrace in one sitting, everything would get muddy again simply from moving stuff around. So half today and half tomorrow.

I also dragged the lawnmower out of hibernation and gave the grass it’s first cut of the year. This earned me a beer, a dog on my lap and another lying under a gazebo leg. 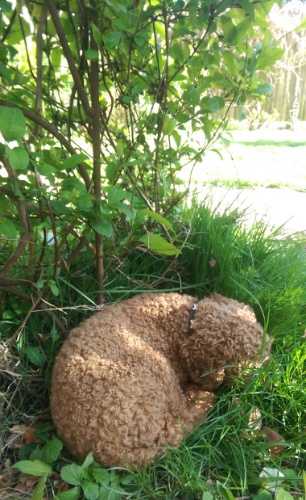 It was a perfectly productive day. And the Avenue of Trees looked a dry delight. 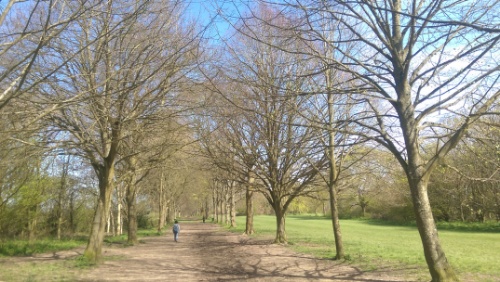 1 Response to No more Victoria Wood