There’s been a relapse in our house. I thought my cold had vanished down it’s own germ laden drain. It seems it’s either been hiding or it’s nearest relative has moved in.

Mirinda was worse and spent a lot of the day in a state of rest. She has a pretty major meeting tomorrow and wants to be as well as she can be…under the circumstances. 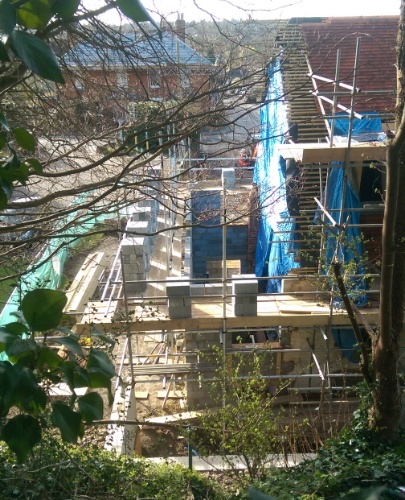 …and the completed scaffolding around the Colony. 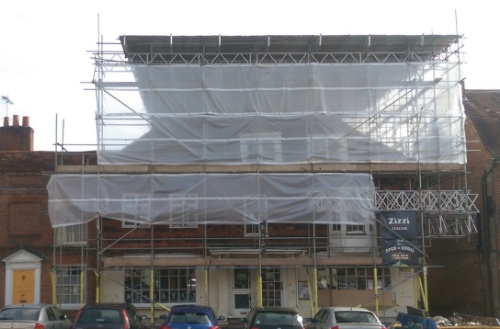 Because of the excitement of yesterday, I forgot to mention that there’s a new deli in Farnham. It’s an amazing place. I spent a good half an hour in there discussing the various Joys of Cheese with the guy behind the counter before buying some.

While the deli is a wonderful addition to our independent shops, the greengrocer in Downing Street is about to close. After 100 years. It’s sad but the owner can’t get his kids to commit to early mornings and a life weighing fruit and veg.

Anyway, the deli opened last Friday and long may it remain. It replaced the very old camera shop that closed a short while ago. Of course, being a Sunday, the deli was closed today.

Back at the house, Mirinda didn’t Skype this week because Bob is off on holidays with Sue and Gray and Fiona has no Internet, so the day was very restful. She worked on her DBA and I made syllabub.

We also watched a bit of TV.

I did take the girls for a short walk… 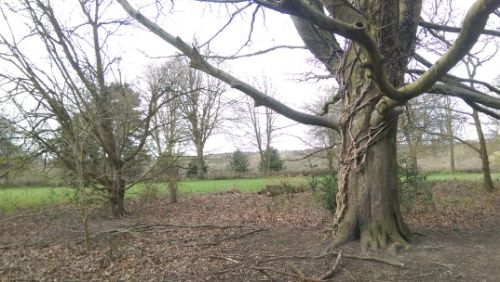 …to stop their nagging, wearing Freya out nicely but not bothering Emma at all. 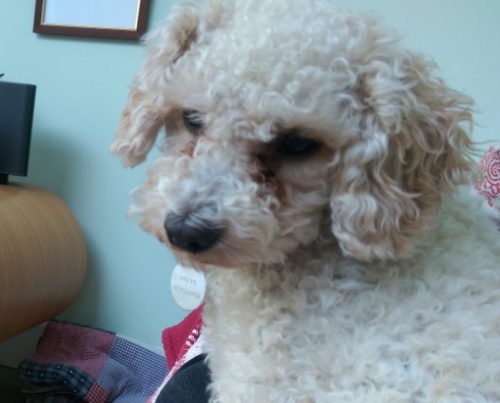 1 Response to This bloody cold