A leg to stand on

Today, rather than work, I went on a special arranged tour of the Science Museum store at Blythe House. Okay, I’ve been before but that was about three years ago and it was rather specialized. Today was through everything…just about.

We started on the top floor and gradually made our way down to the basement. From the bright and jolly heights of model cars and buses where it looks like a child’s playroom… 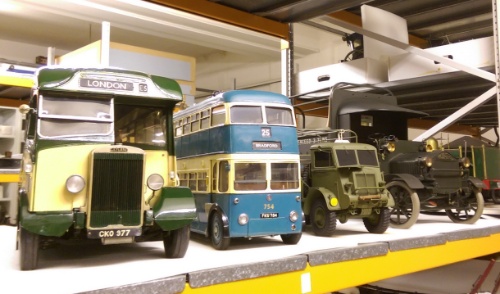 …to the depths of the basement and the horrors of ancient dentistry where the only child playing there would be Chucky. 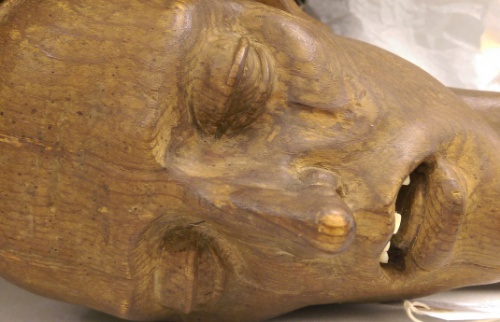 It wasn’t just me this time. Caroline and Howard also wandered around with me as we followed the very competent Becky as she introduced us to all manner of oddities.

Of course, we spent quite a bit of time looking at my precious ship models. Sadly most of them are wrapped in plastic and not really visible. Still…I did see some of the objects I’ve been researching. I was also able to impress everyone by my recognition of a terrier powered rotisserie wheel…without the dog, of course.

Howard and I were rather taken with the beautifully built traction engines.

While looking at some rather impressive stream engines, Howard told us a story about a chap he knew who spent 20 years building a model of a train engine. He loved that engine. It took up all of his spare time. Finally he finished it. And he died soon after.

That was all fine because at least he’d spent the two decades doing something he loved. The problem came when his wife was going through his ‘stuff’ after his death. She looked at the train, shook her head and sold it without a thought.

It might sound a bit heartless but she had no interest in trains and sold it to someone who did. So.

Becky told us a somewhat funnier story while we pottered about in the prosthetics store. She pointed to a rather haggard peg leg lying all alone on a bottom shelf.

It had belonged to a chap who lost his real one during ‘the war.’ Becky didn’t know which war but given it was just a peg leg rather than something with a foot led us to believe it was probably WW1.

Anyway, the guy was a roofer and soon conquered the constant ups and downs and crawling along roof ridges the job requires, with only one leg. Obviously there would be accidents and his wooden limb would get cracked and bashed and generally suffered all manner of indignities.

As the years went by, the leg started to suffer under his constant repairs. Cement, nails, metal patches…eventually the leg was more repair than original. He couldn’t bear to part with it. He loved his wooden leg.

But, one day, the inevitable happened and he had to get a new one. His doctor sent him to a prosthetics person and he was measured and fitted for a brand new wooden leg.

Come the day of the fitting and he admired the newly carved limb. He stood up and took a step. He fell over. He found it impossible to walk on this new leg. He was devastated.

Eventually, the prosthetic guy worked it out. Over the years the guy had added so much extra weight to his wooden leg that his body had compensated for it by leaning towards it and strengthening that side of his body. Naturally, with a new, lighter leg, he just fell over.

Lead weights were added to the new leg until he could stand and walk. And he lived happily ever after. How the old leg came to be in the museum is anyone’s guess.

Anyway, we all had a lovely tour and then headed for home. Well, actually, Caroline went to Devon, Howard went home and I headed for Guildford.

Tonight was the traditional trip to see Kate Rusby with Dawn. Kate only visits every two years and we’ve managed to see her three times now.

As usual she was brilliant; a fantastic voice backed by some amazing musicians and a wonderful personality.

It was also lovely seeing Dawn.

I hadn’t seen her since the night of the infamous Dinner/Dance Party and she showed me a video she’d taken of Nicktor and me singing Sweet Transvestite together. I don’t remember.

Being in Guildford early, I went to mum’s favourite restaurant for tea. This photo is for her. 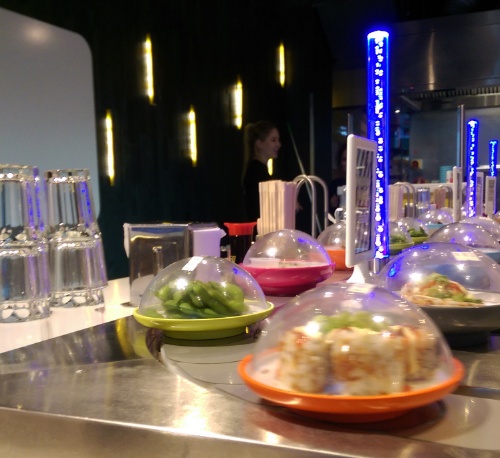 And that was that. An action packed day

1 Response to A leg to stand on