After a storyline that’s been going for two years, we reached the climax tonight with, perhaps, the first murder in The Archers. I say ‘perhaps’ because Helen was not in a fit state to judge whether she’d actually killed her abusive husband or just wounded him.

Whatever the truth is, it was an amazing piece of radio drama.

You could almost hear the cheers of Archers fans up and down the country when Rob Titchener fell to the floor, after receiving the stabby end of his wife’s knife.

It was a very dramatic end to a rather miserable and cold infested day. Yes, we’re both still sick (Mirinda is worse than me so she reliably and regularly informs me) and most of the day was spent doing very little.

Of course I managed to drag myself into Farnham for sustenance and drug supplies and, later in the day, Mirinda drove me down to Homebase so I could buy a hatchet. Otherwise, we stayed in and tried to recover. 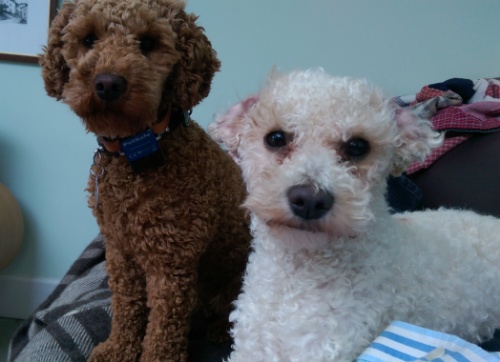 Please, can we go for a walk?

And of course I took the girls for a short romp across the park.

Mirinda Skyped as her voice bordered on the vanishing and I managed a bit more of the higgledy piggledy palisade so it wasn’t a completely wasted day.

And just a note about The Colony in Castle Street…about a year ago I wrote that the old building that contained the Chinese restaurant, The Colony was being renovated. Well, they’ve still not finished. In fact, the inside looks like they’ve hardly even started. However, they have erected a scaffold and are starting on the outside. 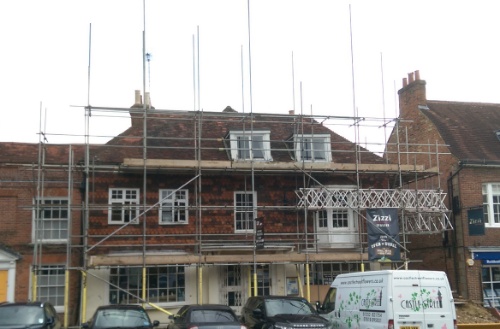 1 Response to Murder in Ambridge?