And so for our yearly weekend in Paris.

For a short while, following the awful inhuman atrocity of a few weeks ago, we wondered whether we should. Then I remembered how we went to New York just over a month after 9/11 and how pleased everyone was that tourists were still coming.

Besides, I was thinking about the ISIS thing this morning and it occurs to me that they are probably the beginnings of The Planet of the Apes. We all had the science wrong. Rather than the apes evolving it was ISIS devolving. 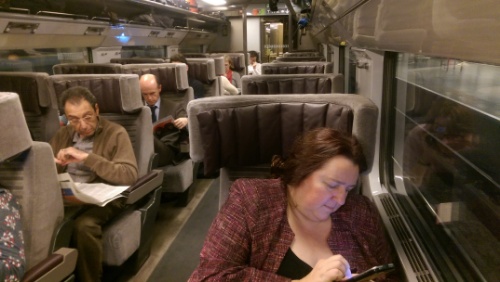 Mirinda with her little friend

What is it with people and backpacks? They hoik them on then it’s like they fail to have any mass. Anyone stupid enough to be caught behind is merely an inconvenient obstacle. Very annoying.

Anyway most of the day was spent on trains of one sort or another till we reached Paris then a taxi to our hotel. 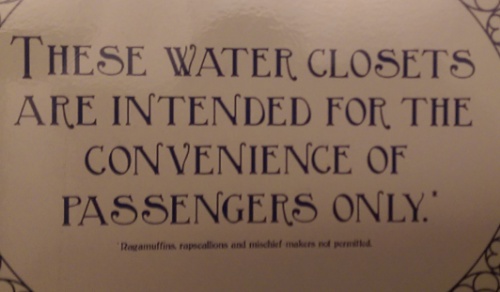 All up an easy sort of day with the added benefit of France at the other end it.

We also managed to try out the Standard Premier class on the train. The price was reduced on the train we took across. I have to say, it’s very good. Small meal at the seat including wine and coffee. Electricity if you want it, seats with extra width. Nice.

And our hotel is lovely. We’ve decided to stay in the 17th this time so we’re quite a way from the usual tourist bits. Though in saying that, we can apparently throw a stone at the Champs Elysee from the hotel. We’re looking forward to a bit of first class exploration tomorrow.

Oh, and the title of this post refers to the fact that 150 years ago, on this day, Alice in Wonderland was first published.