I was on a crowded Tube train. Stood next to me in the confined area at the end of the carriage was a chap of about 40 wearing an Andy Capp cap in a Burberry print. He looked perfectly respectable. The only reason he was in any way remarkable was the noise coming from his earplugs. Perhaps he was deaf. If not, he soon will be. What an annoying man. Clearly he has no honest friends.

The reason I was on a tube train was because I’d dropped mum off at Southend Airport for her flight to see Dianne in Holland.

We had a remarkably smooth run in given we had to catch three trains and travel from Surrey to Essex via London.

Well, if we ignore the incredibly rude man at Farnham who decided he should get on the train before anyone else because he deserved the seat reserved for those less capable. Which is strange, really, because he was capable.

It was somewhat ironic given I always try and get these seats because of the extra legroom and today, having the less capable mum, I really could have done with one. Still, maybe he’ll fall over in front of something big and require the seat soon.

As we took each journey, I snapped a photo of mum then posted it to Facebook. The first one, which I thought was a really good photo, made everyone think she was all tired and sad.

After the first one I decided to make her look happier…which she was. 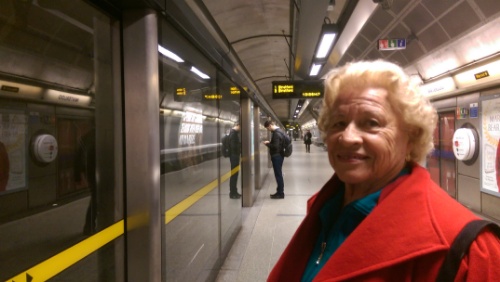 Of course it made a big difference letting her know when I was taking the photo. 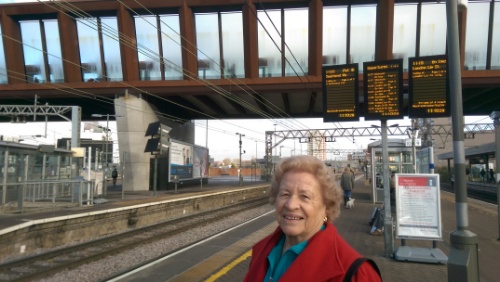 Though, personally, I’d much rather take non-posed photographs. I fear I’m in the minority. 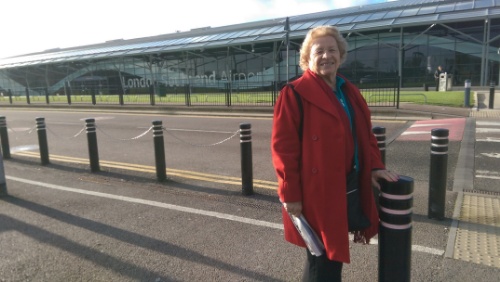 We arrived with plenty of time to spare due to a typical Gaz Buffer so decided to have a coffee/tea together before she jetted off.

Yesterday I’d organised assistance for mum where a member of staff picks her up in a wheelchair and takes her to everywhere she needs to be. Apparently it worked out very well. At least that’s what her text to me implied after she had arrived at Dianne’s place. Mind you, it would have to be better than Etihad.

My trip home was long but not a problem…if you ignore the security issue we had just outside Romford which had the train held up for about ten minutes.

We’d left at 9am and I walked back into the house just before 5pm. The dogs were a bit manic.