I took the girls up to the park early this morning because I had a Talking Newspaper session meaning I had to leave at 10. They didn’t mind. 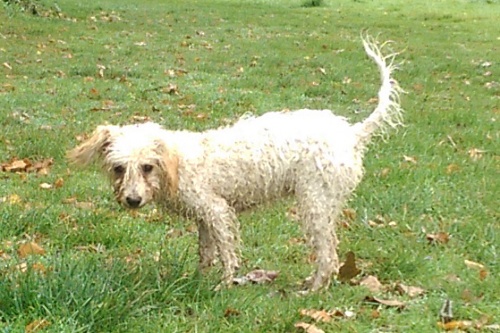 Emma spent most of the time chasing her ball while Day-z walked beside me. Freya befriended every dog we saw – there’s a lot of dogs in the park early in the morning – and generally bounced about. 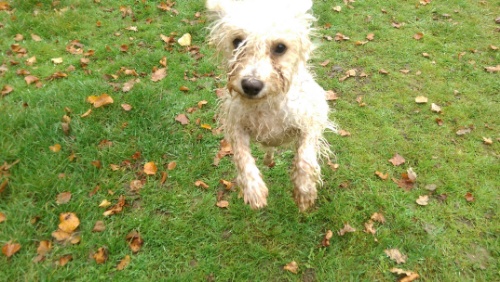 They weren’t so keen when I locked them outside and took off without them.

Walking through Farnham I snapped a couple of photos of two of our famous Yards.

Above is Borelli Yard, named after the famous Farnham jeweller, silversmith and clockmaker, who, alongside architect Harold Falkner, was largely responsible for the fact that Farnham has retained so much of its historic character.

Another Yard is Weaver’s Yard. 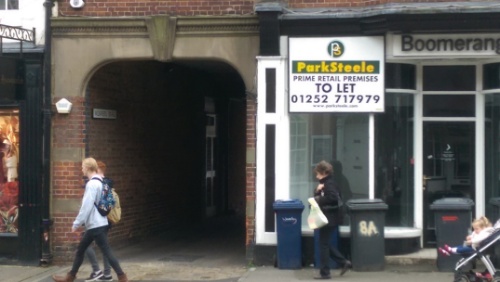 There’s no evidence of a weaving factory in the yard but there were sheep grazing in the churchyard at the end so it may have been named in expectation of the results of their shearing. There may have been a chap called Weaver I suppose but it’s not mentioned anywhere…so probably not.

All that aside, the recording went fine…well, if you ignore all the mistakes I made reading the letters. It’s extraordinary how many words there are in English spelled the same but pronounced very differently.

A piece of news I didn’t read is the fact that Big Ben may have to be silenced for a bit while repair work is completed on the tower. As well as annoying the tourists, this will also affect the news on radio 4 which uses the bongs of Big Ben to signal the time on the hour.

But happily and like the cavalry arriving over the hill, Nottingham has stepped into the breech, offering the BBC their bell to stand in while needed. This bell is called Little John and sounds rather different.

So that’s good, then.