Okay, normally I only make one trip up to the flat but, because of the wardrobe thing last week, it was twice this month. The second trip was today. To clean.

Mirinda had her monthly book group chat about some very difficult bit of writing so I set off early, leaving the dogs reasonably happy with Dentastix.

The trip in was fine, punctuated by a group of two women and four kids, only two of whom were noisy and disturbed my sleep. I should stress that the noisy ones were the smallest kids and not the two women.

I grabbed my usual sushi lunch at Itsu on the way through then started work.

With a break for lunch I was on my way home at 2pm.

I noticed that they’re coming along nicely on Bob’s new hotel. 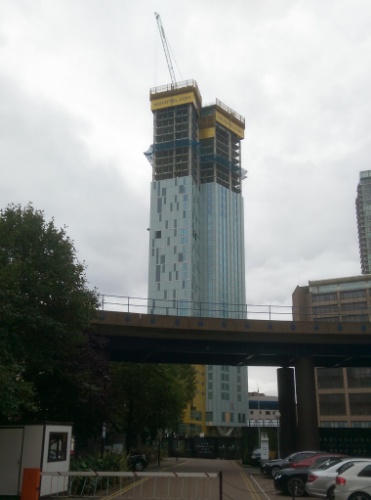 And, of course, Canary Wharf looked as lovely and business like as usual. 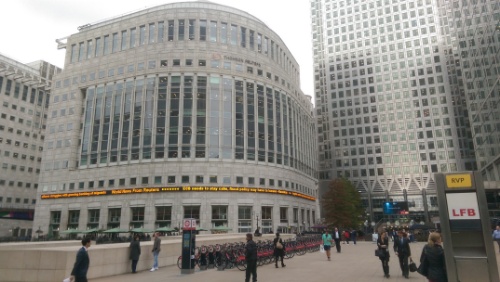 But, I’m afraid, it all pales into insignificance once I start walking home along the park path.

And just because it’s funny…Mirinda had a nightmare last night (that’s not the funny bit…in fact, it was quite harrowing) which involved US troops fighting somewhere in the Middle East.

They didn’t know that the enemy had invented a new kind of weapon. It was some sort of liquid which was soaked into the butt area of a soldier’s trousers. Naturally the soldier didn’t know it was on there.

Anyway, everything was fine until they started shooting. This set off the trousers with the seat suddenly starting to burn. The poor soldiers had no idea they were on fire until it was too late…unless they farted, of course. Then everyone would know.

That was the funny bit.