120 planes were cancelled out of Heathrow today. Fortunately, Denise and Tracey’s flight to Oslo wasn’t one of them. Though it was delayed two hours.

Still, eventually they took off and arrived in Oslo to their own adventures which mum and I giggled at as the day progressed. 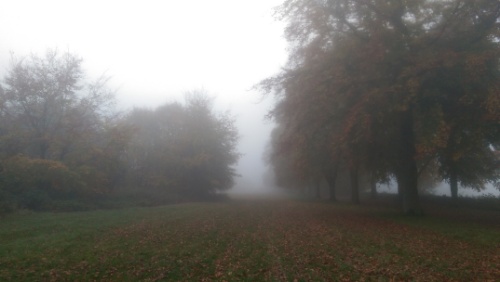 What we didn’t giggle about was how bad mum was feeling. The long haul flight had really taken it out of her and we reckon she needs a long rest to get over it.

So, in order to make this as unlikely as possible, I took her shopping.

She rather enjoyed seeing all the places I’d photographed in my blog over the years and exchanging greetings with some of the locals.

And she enjoyed making her first friend – a young mum in Starbucks with two little babies.

Having rested for a bit, we then went to Waitrose where she was amazed that things were generally in the same order as in Caloundra. I told her it was an immutable law of the universe and could not change without dire circumstances. We then wandered down the Lion & Lamb Yard.

I think it was all a bit sensory overload for poor mum. By the time we were starting to head home she wanted a bus. I’d made the mistake of showing her where the bus left from and, rather sheepishly, she asked if we could maybe get one

She was all for reading the timetable (I’d decided if the wait was too long we could sit in the very convenient pub behind us) but I used my bus app to discover, in real time, that we didn’t have very long to wait.

We were home in no time.

The rest of the day for mum consisted of rest. She didn’t come up to the park with us, which was fortunate because I reckon I’d have lost her in the fog. 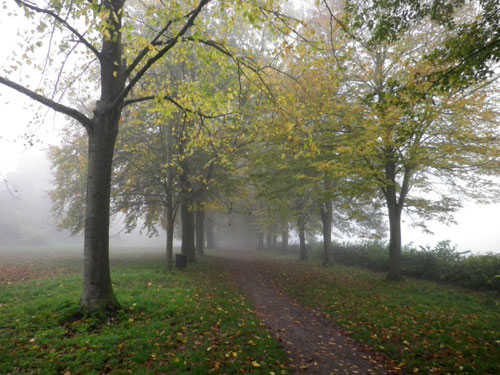 I lost Emma in the fog along the Avenue of Trees

Speaking of Emma…she’s actually taken a bit of a shine to mum. Very unusual for Emma. I’m glad.

This entry was posted in Gary's Posts and tagged Farnham, mum, shops, walking. Bookmark the permalink.